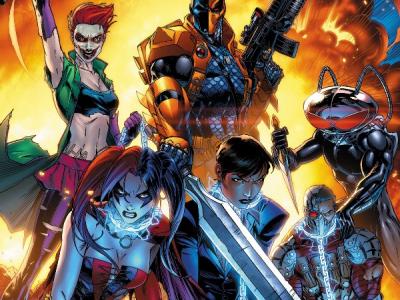 At this week's Time Warner Investor Conference it was announced, amongst other things, that the company would be massively expanding on it's DC branded content. As a part of this a slate of movies due to be produced by Warner Brothers and New Line Cinema was detailed that will see TEN new super hero tales hit the big screen between 2016 and 2020.

The full line up of releases is as follows:

The line up is also scheduled to include standalone Batman and Superman movies over this period, so we'll be seeing a lot more of Ben Affleck and Henry Cavill over the next few years.

Interestingly, they've turned over the second film of the lineup to the bad guys in the form of Suicide Squad, which was relaunched recently with a new collection of villains. The next few months will undoubtedly be rife with speculation of who'll be up for what roles including the first big screen adaptation of the Clown Princess.

More details as we get them, but for now, join in the debate on the forums.