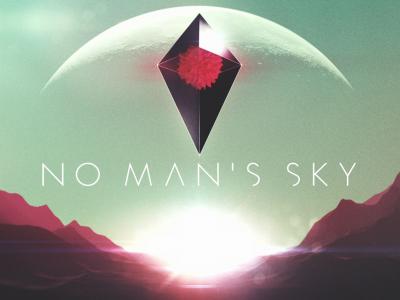 One simple word. Maths. I’ll expand on that idea in the ‘Procedural Generation’ section.

The basic premise is that you start off your existence on a planet. You need to find resources to leave the planet and start travelling the universe. What’s amazing is the scale of this game. When I use the word travel I don’t use it lightly. There are no loading screens. When you travel from the surface of a planet, you can fly through the atmosphere and onwards into space. The planets themselves would take days to travel across if not weeks. Additionally the size of the universe is over a billion stars.

The general aim of the game is to explore and reach the centre of the universe.

The game itself is multiplayer however does not encourage grouping up or team play, the developer appears to be going for a similar concept to the game 'Journey' on PlayStation in regards to multiplayer. If you haven’t played ‘Journey’ the basic premise of multiplayer was that people could end up in your world for a period of time, but there was not much need for interaction and there was no way to communicate using language, just sound.

The universe itself is procedurally generated. This is where the Maths comes in. Every creature, every planet and every atom of the universe is created procedurally. What this means is that no planet has been designed by a developer, but more that they have been spat out using mathematical equations. This extends to fish, land animals, spaceships, buildings, NPC’s, radioactive planets, water based planets, pretty much anything you can imagine is made through maths. Essentially the universe itself only comes into being once it has been visited by a player. If you’re the first player to visit a star system, you will be the first to generate that location. Future visitors will see exactly what you saw, but it comes into its original form on first arrival. Yes, just writing about the idea blows my mind. It put’s a whole new spin on the phrase ‘if a tree falls in the forest, and there’s nobody around to hear, does it make a sound?’, one of the age old philosophical questions.

One interesting mechanic is the ability to craft items. You start the game crafting your own ship to leave your first planet and start your journey. Throughout the game you can craft and buy new ships, weapons and items through the harvesting of resources on planets or visiting trading posts to buy parts or even full items. Mining resources can be dangerous, as mining planets for too long may invoke the wrath of the space police, these strange drone-like creatures that attack you if you are ruining the ecosystem of a planet. Think space-age Greenpeace with lasers.

From what has been said, the further towards the centre of the galaxy you go, the stranger your encounters will become.

Another interesting aspect is that upon visiting a planet for the first time, if you are its first visitor you have the option to name the planet. The same is true for encountering new species of animals. The game promotes exploration above all else.

When is it coming out?

All we know currently is that it is coming out supposedly this year. With the way they have ramped up media interviews and publicity especially in regards to doing several hours worth of video content with IGN over the last month, I wouldn’t be surprised with a release in the next month or two, with an announcement at gamescom. Please don’t quote me on that, it’s just my gut feeling looking at the evidence!

Overall I’m pretty excited about trying this game out; although I think there is potential for it to feel stale if all content is calculated. What I mean by that is that although the universe is expansive, will the content be varied enough for it to feel like a universe, or will it be held back by patterns in the mathematical equations that create it? There is a lot of hype around the game and rightfully so, the ideas within the game are fascinating and there are plenty of YouTube videos out there to watch if you want a taster for how the game works and looks (They did a month-long set of video exclusives with IGN last month that covered a lot of aspects of the game which I would highly recommend watching if you have a spare few minutes, this can be found here: https://www.youtube.com/user/IGNentertainment/search?query=no+mans+sky). Either way I think the concept of procedural generation is a big advance in gaming, and may well form the basis for even vaster and complex projects in the future. It quite an inspiring idea to think that a tiny team of people, working in what is essentially a garage in England have managed to come up and create such a concept. Especially considering the whole project was nearly scrapped because their office was completely flooded over winter last year.

Feel free to comment below your opinion on the game, do you think it’s going to be an epic quest of exploration, or perhaps it’s a little over-hyped and could lead to a lot of sad procedurally generated pandas?