Get Real. Jonathan Jones, you don't need to be scared by "genre" 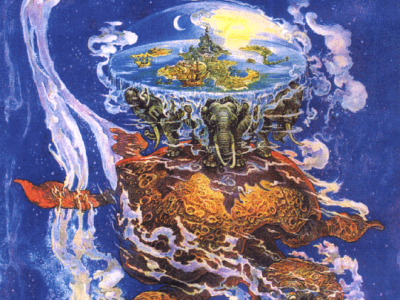 Life is too short to waste on cultural elitism - and this obsession with undermining the worth and value of popular culture is a very disturbing problem for todays creatives.

Ahhh, “Popular” Culture, the thorn in the paw of Cultural Studies, the “middlebrow cult of the popular (..) holding literature to ransom”, the braying mass outside the ivory towers of the cultural elite; those self-proclaimed protectors of our cultural wealth that rail against cultural populism.

Jonathan Jones, time to open the gates and embrace new cultural ideas and not be so frightened by the “popular”.  Time to accept that “..dissolving the difference between serious and light reading..” is as necessary in the literary world as it is within my own Academic discipline of Musicology.  Time to move away from neo-Foucaldian ideas, and accept that culture is indeed both an end in itself AND the product of autonomous agents, both individuals or communities.  Time to accept that subjective ideas such as pleasure, identification, desire and affect have a place in the cultural conversation surrounding the reception of a literary work, and thus in how we assign it value. (In fairness, you do seem to be part way there, you do say that great books can change your life, you just obstinately refuse to believe that Terry Pratchett books could do that)

You call the Discworld series trash, saying it is not actual literature, that it lacks the ability to be ambitious fiction; and all because it’s popular.  This view that the greater the mass appeal of a piece, the less substantial its cultural worth becomes, is bewildering to me.  Surely there is more merit in studying and trying to understand the cultural value of a piece of literature (or art, or music) that has mass appeal, surely by doing so we can gain greater insight to society and culture at large.  Academically these books are interesting, as through satire and sly observation the Discworld series opens up its readers to issues and developments present within modern society.

But leaving the academic aside for now, and looking only at critical reception, I bring up During’s words from his introduction to The Cultural Reader:

Yes, the Discworld series as popular culture probably needs a less conventional approach to its analysis, but, Sir, I would suggest that you still have to start by reading it!  This is the problem with your baseless article (literally baseless, as you have nothing other than a cursory glance at a page against which you can possibly base the unwarranted accusations of cultural mediocrity that you fling at Pratchett’s work), the article isn’t really about Terry Pratchett at all.  The fact that you admit to having never read his work, and yet are still able to rally against it, betrays your true fear and opposition.  This isn’t about one author, but about the genre as a whole.  This is an attack on Science Fiction & Fantasy, a genre rising to dominance across a wide range of media.  It must be terrifying for you to see sub-genres rise to the mainstream, to see fantasy television shows like Game of Thrones, or The Walking Dead,  breaking into the mass cultural consciousness; to see comic book movies ruling at the cinema. But all these things are good (issues of cultural commodification aside), these new cultural artefacts are raising, and inspiring, debates about important topics. I am sorry that this is seemingly lost on you, I’m sorry that you can’t see that diminishing the value of a cultural work just because it is popular is dangerous.  There is a generation of creatives, I’m responsible for teaching some of them, that should be inspired to create by being praised for the work they do; they should not be told that their work has little value simply because it is popular.  That is just wrong.

Most galling of all though is the fact that you would choose to frame this attack with Terry Pratchett as the focus of your ire, in the week his last book was published and just five months after his death, this displays a level of callousness that I can’t understand.  Jonathan Jones, your article was a clickbait piece, an uniformed and deliberately antagonistic piece of “journalism”, of which you should be ashamed.

As for great books changing peoples lives.  Terry Pratchett’s work changed mine.  At the times of my greatest depressions and loneliness, I could always count on having a friend in Vimes, in Carrot, in Rincewind, or in any number of the wonderful characters that this genius created.  You know not of what you speak Sir.