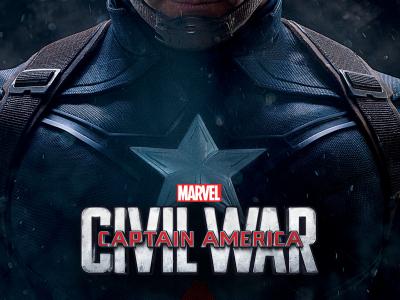 Captain America: Civil War is a clever, tense and often emotional, rollercoaster ride of a film; charting the struggle within the Avengers as Rogers & Co. have the fallout from their actions laid out before them. Consequence is the over-riding theme of the film.

The chain of events from the previous films, added to the MCU's own version of the "Stamford Incident", leads to the Sokovia Accords, a piece of legislation that leads to a schism within the group. Stark is pro-registration and the belief that the Avengers need to be accountable to a higher power, whilst Cap is still very much for personal freedom and accountability, and fears that a higher power may send the team on missions that serve the ulterior motives of their new handlers.

The film is a slow build of simmering tension over the first hour, as these ideological clashes eventually lead to fisticuffs with the reappearance of Bucky. But, like with any good spy drama -which both Winter Soldier and Civil War really are- there is more going on than just the surface story, and Marvel have done exceptionally well to keep some major plot points secret. So I'm not going to spoil them here. Enjoy them.

The Russo's handle the massive ensemble cast well, though perhaps not quite reaching the benchmark of Whedon and Avengers Assemble; and whilst not every character gets a ton of development they all get memorable moments (Scarlett Witch and Vision's growing friendship is particularly sweet, as is Scott Lang's utter fanboying over meeting the Cap ), while the longest serving members get some resolution to their story arcs.

It is the new members to the MCU that really steal the show though. Black Panther is incredibly well realised and feels like he has been part of the MCU forever, whilst Tom Holland is the best Peter Parker/Spiderman to grace the big screen. Ever. No, really. He is amazing.

The big action set pieces are spectacular. The airport scene teased in the trailers is an extended, multi-fight sequence, that may be one of the most joyous things ever made. This makes the final showdown more poignant, as it is personal, intense and heartbreaking

The film isn't without issues though and there are pacing problems, especially during the second act as the team starts to splinter and battle lines are drawn. Also, whilst the extended intros for Spidey and Black Panther are great (indeed, Spidey kickstarts the film back into life ahead of the final hour) it does make the film feel like a placeholder in much the same way that Age of Ultron did; and as with Age of Ultron it feels like there are a number of scenes that ended up on the cutting room floor. I want more Sharon Carter/Agent 13 dammit!

Those quibbles aside, Civil War is a very good movie and well worth a watch, though maybe not in 3D. The odd problem I have is that given the strength of the MCU, "very good" isn't enough for it to get in to my Top 5 MCU films.

Have you seen it? What did you think? Did it make your Top 5?

Join the conversation over at the facebook page.. www.facebook.com/NerdVWorld