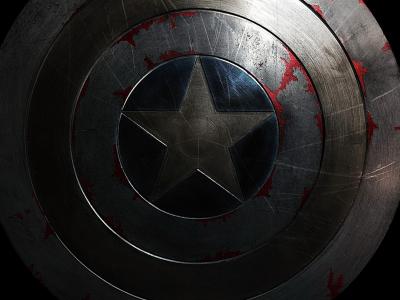 After the almost pitch perfect performances of the preceding movies of Marvel's phase two, surely it's about time for a mis-step? Given that Captain America: The First Avenger was, in my humble opinion, one of the weaker phase one movies. I must admit that I went in to this movie prepared to be severely disappointed. However, I am pleased to report that this was very much not the case.

Given the frenetic pace of the action in the opening sequence, my first impression was that it was going to be a two hour all-out slugfest of a film which, while looking fabulous, would ultimately end up unsatisfying in terms of plot and character development. Imagine my surprise then as the pace of the film suddenly flips to addressing themes such as post traumatic stress, political intrigue and the morality of protection through surveillance. The balance of action versus acting is perfect with the shifts between them being sometimes comedic, shocking or a welcome break from the build up of tension. A particularly impressive example is the standoff between former allies in the final act before all hell breaks loose.

Chris Evans once again plays the confident, devoted hero who we see is still struggling to find his place in the modern world especially after The Battle of New York. Scarlett Johansson truly shines as Black Widow in this film, she is given some much needed room to breathe and develops into a sympathetic lead character rather than just being ass-kicking window dressing. Although it is a crying shame that Sebastian Stan left a fabulous role as The Hatter in Once Upon A Time, it's fantastic to see him turn Bucky into the distinctly more intriguing Winter Soldier. Samuel L Jackson IS Nick Fury and we get to see him occupying a bit more screen time in this one rather than his usual background role. Also of note is the excellent cameo from Coby Smulders which raised a massive cheer from my daughter having just watched the last ever HIMYM.

Speaking of cameos, keep an eye out for the Pulp Fiction reference, name dropping not only Tony Stark but the Sorceror Supreme himself, Stephen Strange, and of course the ever present Stan Lee. One big question this film does raise is that of the fate of Agents of SHIELD especially given the major crossovers between this and episode 16. I guess time will tell on that one.

In summary, Marvel's cinematic universe just keeps going from strength to strength. If they continue putting out films of this caliber in the run up to Avengers 2 then I shall be a very happy nerd indeed. Roll on Guardians Of The Galaxy.