Christopher Nolan Welcomes Us Back to the Cinema with Tenet 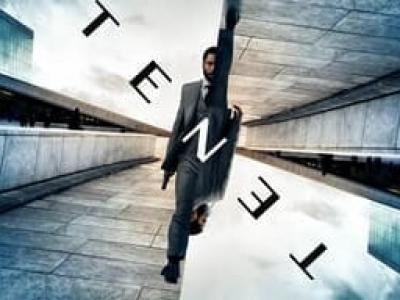 When 2020 began the slate of film releases was looking impressive. As well as the usual franchise entries (Fast and Furious, DC, Marvel), there were also a few returning favourites (Bill and Ted, Halloween) but the one that had me most excited was an original concept by Christopher Nolan. Beyond the title ‘Tenet’, very little was known of the film other then that it might or might not involve time travel. It wasn’t much to go on, but then Nolan has made a career of high concept thrillers and is one of the few directors whose name alone can attract a crowd to the multiplexes.

Of course, the landscape of cinema changed drastically earlier this year and what was once a highly anticipated film amid a crowded schedule would now be leading the charge in relaunching the entire industry. With more and more releases forgoing the big screen in favour of a digital launch, Nolan was adamant that Tenet would buck the trend. As a result, Tenet is one of the first blockbusters in years to have a staggered release, taking its UK bow before a gradual roll out to other territories. The financial ramifications are yet to be seen but it’s a safe bet that the film will not rake in as much money as it would have done pre-COVID.

Putting aside whether Tenet will re-ignite the cinema industry or even if it will make any money, the big question is of course, is it any good?

In short, the answer is yes.

Nolan has been vocal over the years about his love for the Bond films and indeed elements of them have crept into his earlier work. Between the Q-like Lucius Fox in the Dark Knight Trilogy and the assault on a snowy fortress in Inception, it has sometimes felt like Nolan was auditioning to direct a 007 movie and in Tenet he does just that. For about half the running time at least. John David Washington plays a character known only as ‘The Protagonist’ who starts the film as a CIA agent before being recruited into a far more secret organisation whose goal seems to be to save the whole world. In order to do so he travels to numerous exotic locations and contends with henchmen, heists and deadly secrets. Tenet has been accused of being difficult to follow in its later stages but the truth is, that it is these early parts that require the most mental gymnastics. As with many a Bond film it is sometimes difficult to keep track of who our hero is trying to meet with and how that impacts the larger plot. Thankfully what is clear is what he is trying to do in any given scene, meaning that you can sit back and enjoy the action, which is nothing less than spectacular. Washington is a strong screen presence who has the right mix of coolness and brutality while retaining an everyman quality. The latter really helping as the film moves into more obvious Sci-Fi territory. The Protagonist learning about the rules of the world at the same time as the audience means that we are rarely alienated and can share in his confusion and curiosity. We are introduced early on to the concept that some objects (most frequently bullets) in this world can move backwards through time but it isn’t until the second half of the film that the timey wimey elements take centre stage. To talk about how and why this happens would ruin the fun but suffice to say it leads to action sequences unlike any other you will have seen.

Supporting Washington are Robert Pattinson, whose British character acts as something of a sidekick dropping in and out of the film as the plot requires, and Elizabeth Debicki who provides the Protagonist with a link to the villain of the piece. Debicki does a good job with what she is given providing something of an emotional anchor to the story but sadly doesn’t have an enormous amount to do. Pattinson fares better bringing a youthful charm to a role that takes on greater significance as the film progresses. Taking on the bad guy role is Kenneth Brannagh who seems to be having a whale of a time channelling Bond villains into a sinister Russian Oligarch. He is menacing in an underplayed way, but his intermittent explosive outbursts leave you in no doubt that he is dangerous and a suitable nemesis for the Protagonist.

Despite excellent acting all round, the main stars of the film are the concept and the effects which work hand in hand to create a uniquely Nolan spectacle. There is a surprising amount of practical effects work which adds much needed realism to scenes that might otherwise have seemed cartoonish. A car chase for example, despite the time altering gimmicks is far more realistic than anything seen in the Fast and Furious franchise. It is perhaps a sad indictment of modern cinema that simply seeing real cars on a real road somehow feels fresh again. Likewise, the film’s final set piece is gobsmacking both in terms its scale and its visual realisation. It may be chaotic and at times confusing but, as always Nolan is painting on a broad canvas, even more so if you can catch the film in its native IMAX. Matching the visuals is the sound, which is suitably bombastic. A little too much so at times. While the ever-present ticking added to the tension of Dunkirk, here the intense bass often makes the dialogue hard to hear. This can be a major problem when characters are explaining what is going on. Missing a stray line of dialogue may leave you struggling too keep up for a few minutes. It’s one thing to be lost if you are given all the information, but quite another to be expected to follow the plot when crucial exposition is at times, inaudible. It’s not a deal breaker but does sometimes mean that you might have to concentrate intensely when you’d like to be sitting back and enjoying the action.

Over the last 20 years, Christopher Nolan has assembled a near perfect filmography which creates almost insurmountable expectations for each new movie. Thankfully Tenet, while not his greatest work, is none the less excellent.