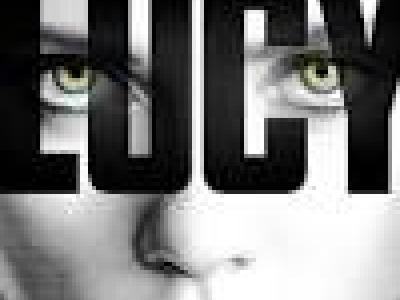 This is not an action movie; it's a sci-fi.

That's the first and foremost statement that I feel compelled to drop the moment this article starts simply because the trailer, whilst showing lumps of sci-fi seems to be spoiling its audience for a rip-roaring Black Widow fest.  And in my humble opinion, that's a good thing: we need a rockin' female bad-ass on the screens that isn't just some hyped up bint - Scarlet's been bashing away at action scenes for a while now and until Avengers Assemble wasn't really getting taske with anything overtly complex in the whup-ass department, until that fiesty Joss Whedon introduction.

But that's not what Luc Besson had planned for this movie.  And, it's fair to say, that Besson is one of my favourite French directors, easily within the top 3.  And now I suspect I should qualify why I need the sub cateogory of 'French directors'...  You see, as far as I'm concerned, the French bring a very specific flavour to their films and if you don't know what I'm talking about watch Brotherhood of the Wolf, Alien Resurrection, and City of Lost Children (with the English Dub) and focus on the story and the way it is told.  Focus on the dialogue and the fashion of the characters.  Look at the way Juenet handles the likes of Ron Perlman as a hard-case by comparrison of the way Del Toro handles Perlman.  There's a distinct flaw in each of their characters which WILL be exploited but with an entirely French perspective on it - Juenet's giant, angered Russian sailor strangling the little French girl in City of Lost Children or Besson's Christopher Lambert's dilatante's inability to take anything seriously to the point where it pretty much gets him killed (Subway).

And, what really bothers me is that there are so many excellent examples of French cinema and the masters therein - Besson, Juenet, Godard and, to a lesser extent, Gans (seriously Brotherhood of the Wolf was THAT good, but then Gans knew what he was doing when he pulled Mark Dacascos back in to his fold).  For those of you that haven't the time for subtitled movies or can't get away with an English dub, then you may find yourself a little lost with those names above - and Luc Besson's debut heavy hitters, Le Dernier Combat (The Last Battle) and Subway rocketed him to the top of his class in the space of 2 - 3 years with virtually nothing prior to them printed.

And lately, Besson has erred more toward writing than directing, with a nice side line in production, which, in my mind, is a bit of a cruelty.  Seriously, he is to dialogue based suspense and non-chalant sociopathy on the screen what Ridley Scott is to landscape / vista composition and attempts to keep Russel Crowe in work. (Yeah, he shouldn't be doing that but he does...)  So when I discover that he's directing again, and directing a film he wrote, I immediately get a little excited.  Jet Li has used his action scripts (Kiss of the Dragon), Leon: La Professional, La Femme Nikita, Taxi, The Transporter trilogy, District B13 (let's not really mention Ultimatum, okay?) and the list goes on - if you want an action movie - Besson's got that 'butt-kickin' on film' thing down.  And that's how you got your trailer, sadly.  They KNEW it'd put bums in seats, not to mention seeing Scarlet Johansen getting funky... that had to help (it did for me, I'll be honest...)

What went right and what went wrong?  I mean, I might be being a little generous with the 8, but I don't think so...
You see, the problem I had with the film was that it was very ambitious with its audience learning curve - forcing the audience to accept that they're being a bit thick despite all of our species' achievements and then explaining what we would theoretically be capable of if we could access the true computational power of our minds / brains. Personally, I had no problem with the concepts Besson was throwing at us, but then he would have to labour the point in order to explain some of the more basic concepts, via Morgan Freeman's 'This... is a Penguin' voice for those members of the audience that actually turned up to see some hottie kicking arse and had never considered for one moment that they could achieve something more.  The explanation of cellular evolution and its behaviour was adequate, but even those moments in the film had the occasional person behind me surrendering sounds of 'what the f**k is that guy talking about', which is a crying shame because it's not like it wasn't clearly spoken or said in a concise manner, but I can imagine that it's going to impact on the consensus opinion of the movie across other critics. (6.6 according to IMDB.com so far).

And it goes on, introducing new concepts as Lucy becomes more and more intelligent opening up more access to her mind and gaining new 'powers' while effectively losing her 'humanity' along the way and explaining that in order for us to appreciably evolve further as a species we need to do away with many of our core concepts (no names mentioned, but you know who you are *cough, cough dogmatic religous principle cough, cough*).  Freeman's role is a simple one - he's the leading scientist on the human brains' potential and she has concluded that he is the best person to ask with regards to what she should do given her limited life span.  His suggestion - get back to point zero: share what you've learned with all that come after you, time being a relevant factor, especially so in the film, both figuratively and literally (1hr 30 mins).

SO there's a hell of a pace to the film as she's exponentially getting smarter and getting more and more 'godlike'.  To the point, which I suspect is the real kicker for the action junkies, where there is no 'dernier combat' for her (see what I did there?).  What there is, is a scenario in to which a selection of triad killers go face to face with a goddess and she chooses the non-lethal path of least resistance, which for a sci-fi crowd is perfect and makes utter sense, but to the action junky in the cinema it's a horrid waste of their time.

But Besson knows what his audience wants, and for the action junkies he provides a cracking and entirely blood-soaked final shoot out, complete with a big bang and a merciless execution in the last moments, which brings me to the real star of this film; Min-sik Choi.

Old Boy, Lady Vengeance and I saw the Devil are but three of the most likely films you may have seen with him playing a prominent role, and may also give you and idea of the kind of role he tends to get: but damn, he plays the sociopathic, Triad boss Mr. Jang so well.  He carries the mantle of a murderer and apex predator beautifully, from his gory first meeting at the beginning of the film to the character's sudden and thoroughly expected conclusion in the final reel.  Besson does not waste this talent and is a superb foil for Lucy in so much that as her character starts off as an emotional and terrified woman who begins to lose her humanity, Mr Jang will start off as the inhuman monster and due to everything falling apart from the word go will show more and more angst and emotion as the film progresses.  And Choi achieves this with incredible intensity, with very few movements or words, he provides the audience a cornacopia of expression and cements his character's presence with subtle charm and grace, a quality I think is becoming a touch rarer in film and television given the trends for sex, violence and character drama.

Conclusion?  This is a smart film that is hampered by its need to provide the action junkies in its audience with an explanation for EVERYTHING!  No matter how well told, the film (as opposed to the story) spends a fair bit of time attempting to get technical points across when it's sold itself as an action romp as opposed to a sci-fi story, while sadly not getting technical enough for fear it will entirely ostracize the less scientifically inclined. Also, if you're offended by the idea that it took more than 7 days to create the world and that science will provide the answers to unlocking our future potentials, then this film is NOT for you!  And if by the decidedly ballsy paraphrasing of Guy Pierce's 'We are the Gods now' in the Prometheus TED trailer or the decidedly Akira orientated 'Tetsuo's biological acceleration' doesn't convince you that Besson is getting right in to the sci-fi art parallels, then the 'My God... It's full of stars...' USB device should really drive the point home.  Personally, I liked the notion - it was as I was pointing out earlier, a wonderfully French example of their reconceptulisation of modern cinema, something the rest of the West could probably learn from.