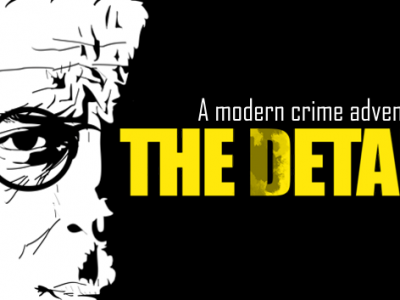 Story driven games (ie. Telltale games) have a habit of falling into two categories with me. Either WOW that’s amazing and it’s needs another play-through or alternatively, well; that was unplayable.

The Detail (Season One) by independent game developer Rival games manages to buck the trend and end up with, well, an OK game, not bad, not great, just…… OK. Now don’t get me wrong, this review is not going to end up with me saying its not worth buying but don’t expect it to be something you go back to (The Walking Dead being a good example).

The Detail takes you to the streets of a crime-ridden city. In a Noir setting you play as a number of characters investigating criminal activity and murder scenes. You make arrests and interrogate them for information, you deal with the scum of the earth from both sides of the law, and sometimes you get to ‘bend’ said law as well. All three characters that you play are fairly well rounded with good backstory.

The story line itself keeps you hooked and is interesting enough, though I sometimes found some of the characters interactions felt a bit ‘forced’. At this point I should mention though that the background music was fantastic and worked perfectly throughout, atmospheric and not distracting in the slightest.

One thing I loved was at the end of each episode it gave you a breakdown of your actions in the game, this made me think more about what I had done and how it can affect other characters. I haven’t had that to such a degree in a game since This War of Mine.

The graphic novel art (driven by the Unity engine) is gorgeous, on it’s own this would make the game worth buying.

My real issues with The Detail are two fold; the story line is realistically not affected that much by your actions which really ruin any kind of re-playability and as mentioned earlier some of the scenes just didn’t feel natural, the felt like they were there as glue to hold together a story line rather than something that would actually happen.

Pro’s: Background music is gorgeous. Graphics are really nice (note, I played with graphics set to Max). The actions breakdown at the end of each episode.

Con’s: Player characters 90% of the time acted how I thought they would (10% felt forced). No real re-playability.

Bottom line; as of writing Season one is for sale on Steam at £4.79 an episode (which works out as £14.37 for the complete Season) which for my just (approx) 4 hours of game-play I feel is not great. If a sale or Bundle is available nearer the £10 mark (and it’s on a bundle at £12.93 at the moment) it would probably be worth you money as it does give you a nice bit of escapism with some good graphics to look at.

For more details and to buy the game, go to http://rival-games.com/?page_id=16