The Incredible Adventures of Van Helsing II on Xbox One 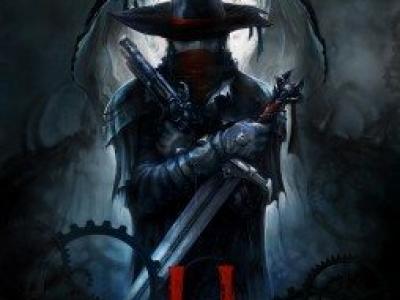 Having recently enjoyed playing Van Helsing on the Xbone after it was given away for free in the December Games with Gold promotion I was understandably excited to try Van Helsing II. First, a confession, I haven't finished Van Helsing yet. Possibly a bit of a mistake, but more on that shortly.

Van Helsing II is set in the fictional country of Borgovia which has a wondrrful gothic victoriana steampunk feel. It is full of pop culture references and plenty of humour but this only adds to the fun. You get to pick one of three classes for Van Helsing, the classic, Hunter,  the spell slinging Thaumaturge or the gadget based Arcane Mechanic. As in the previous game Van Helsing is accompanied by his ghostly Companion, the Lady Katarina. This provides a great setting for what is a very enjoyable action rpg in the vein of diablo3 and torchlight 1 and 2. All of which I enjoyed immensely and can see myself easily being sucked into Van Helsing II's story.

It's at this point I wish I wasn't so easily distracted and that I had found the time to finish Van Helsing before jumping into this next installment in the series. The action picks up I assume straight from the end of the first game as our titular protagonist begins the game buried under the rubble of presumably his final battle. Yes you can, of course, play the game without playing the first but from a story point alone it makes sense to play the first one in its entirety. Add to that the ability to import your character from the first game and the benefits soon mount up.

Fear not however as the game gives you plenty of options for creating a new character of the classes I mentioned starting from scratch at level 1. Or  alternatively create a veteran character that starts the game at level 30. This I found to be a great way to jump into the game and as it gives you 2 different builds for each class to chose from. With a little expermentation with the classes, it's easy to find one to match your play style and a great way to try out the higher level abilities.

It was a bit of drag starting with the level 1 character but still not too difficult,  it's just a lot more fun playing with all the abilities of the veteran characters when you first start out. The ability trees are greatly expanded from the first Van Helsing and offer many more options for customisation. They have even expanded the customisation options for your companion Lady Katarina. Plus the addition of the Thaumaturge and Arcane Mechanic being included with the main game rather than as paid dlc is also a nice touch.

Van Helsing II has all the usual aspects of an ARPG you would expect with plenty of combat and of course that sweet, sweet loot, but it also changes things up a bit. You are working with the resistance, which now includes the monsters you began hunting at the start of Van Helsing against the evil General Harker. As a leader of the resistance you have the opportunity to give orders and influence the flow of battles before diving back into the front lines, providing a nice change of pace from an endless hack and slash which similar games can suffer from. There are also tower defence mini games again which add a little more spice to the game. The combat in the main is pretty satisfying but there are some balance issues. I would be happily killing my way through hordes of minions when some uncouth brute would basically one shot me, it was a little grating.

All in all this game is a lot of fun, especially if you are a fan of the genre like myself. I am sure I will spend many happy hours pursuing the story to its conclusion, as the mix of comedy and the tale itself is enough to keep me hooked and wanting to see what happens next. This is a fine effort from Neocore games, and gives me high hopes for their next game, Warhammer 40k Inquisitor Martyr as I am a big 40k fan. The Incredible Adventures of Van Helsing II releases on Xbox One on 1st July 2016, do go and check it out.