The Last Of Us Part 2 *SPOILERS* 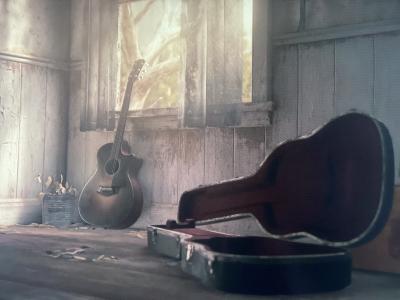 It's a wonderful coda to the original game that expands upon the narrative and gives us a perspective from several characters we know and love, as well as a few fresh ones.

It seems to rely very heavily on the trope that Revenge Is Not Enough....

At several points throughout the game, I felt like I didn't want the character I was playing to succeed.... This includes both Abby and Ellie... It seemed like it was forcing me down a path I didn't want to take, whilst simultaneously telling me that what I was doing was wrong.

I can understand totally where they were coming from with their intentions, but to not give us a choice seems lacking where games like The Walking Dead accept our choices and show us the repercussions.

This felt more like it was trying to make an unnecessary point. I would hope that we all know that revenge is not a satisfying conclusion and it plays this to the very last moment.

I was happy that Ellie was instrumental in rescuing Abby, and felt it overstepped when Ellie couldn't let it go.

Honestly, it felt a bit much that she even left Dina in the first place and went out to find Abby despite having lost out to her twice before.

The ending felt like it showed you how Ellie is now paying for that decision despite it being the entire thrust of the game.

The ancillary characters felt like they were given short shrift as well, not really giving any resolution to the Seraphites, Wolves or Fireflies. It also gives no resolution to Ellie's condition and its impact on the wider world, and I can only imagine this is because they want to do another sequel.... Which, don't get me wrong, I will play the shit out of.

In terms of game mechanics, there are some interesting new additions in the form of squeezing through available gaps and some new weapons. Although it seems like the 'Sniper' training level is superfluous as you can't actually put that into practise later in the game. The sniper rifle ignores that training and instead opts for a standard 'Point and Shoot' mechanic.

I also like that safe combinations are now something you need to enter manually rather than finding a code and automatically unlocking the safe.

Another major plus is that you can approach situations and buildings from multiple angles, be it stealth, total assault, or avoidance....

There is a lot to like about the game and, despite knowing what was going to happen to Joel, it contained several truly shocking moments. The new monsters were also intriguing, although I felt that that big combat moments felt a little disproportionate, especially when the characters were treading the same ground over different chapters.

Also.... The guitar playing mini-game is awesome.... I spent hours playing songs because you can choose the key of the song and then the available chords are there.... So... Baked in musical theory FTW.

In conclusion, I would still heartily recommend playing this... There are so many moments that make the whole thing worthwhile despite the overriding sense that this is the Empire Strikes Back of the franchise.... I guess we'll have to wait and see if I'm correct....

Game
Gaming News
The Last of Us