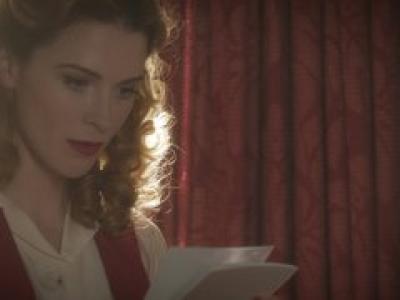 If I ever want a career change I need to steer clear of intelligence work.

It's not the secrecy or the dangerous missions, it's the training that worries me. Too much kill or be killed for my liking. I mean how do secret sinister organizations end up with so many members, the attrition rates are horrendous?

Just look at James Bond for example - at the beginning of "From Russia With Love" Red Grant garrotts one of his colleagues in a training exercise. What are we talking about here? How many recruits are cannon fodder for the successful Agents, and a more pertinent question. If the bad guys training is SO extreme and requires such high levels of skill, why are they always so bad at killing off the heroes? Presumably after all those fights on the way to their Bachelors in Henchmanship (BHench), they're so broken that they can't see to shoot straight.

In the world of Marvel, we have a training camp behind the Iron Curtain where young Soviet girls are sharing a dormitory (complete with restraints on the beds. Later in life they called it Fifty Shades Of Nyet). In a tender moment two of the girls share their meagre rations. A few minutes later one is snapping the other's neck. Yep, these girls are in a training center, a mock up of life in the US, with brainwashing films.

It is to this center that the SSR are lured by a coded message, complete with coordinates, a shopping list, price and buyer. Quite frankly they should be able smell a rat. There is in fact so much rodent smell here that this message could set up a scent line in competition with Chanel (although finding a market for this scent could be a bit tricky).

After first easily deciphering the message, and in the process making yet another male look incompetent, Peggy then insists on going along to Eastern Europe and proves that she is the best qualified. She also secures the services of the 107th as the local tactical team.

Do I mean "The Howling Commandos"?

Back with her own team, she's clearly very happy to be around people who respect her.

Despite Agent Thompson being nominally in charge, the boys from the 107th defer to Peggy, and she relishes it, she loosens up and more than proves her worth.

Chief Dooley is following up on his leads regarding the Battle Of Finnow, and his unshakeable pursuit of Stark starts to seem less certain after a few conversations.

In contrast to Dooley's uncertainty, Souza's conviction that he's closing on the identity of the mystery blonde takes a leap thanks to a prank by Thompson. Not good news for our heroine...

And then there is Agent Thompson himself. We get some background info on him, and see him show his worth.

This is another great episode, all the plot lines move on nicely, Agent Carter gets to go into proper battle mode and clearly loves it. The Howling Commandos (who hate that name) are a great counterpoint to the judgemental SSR boys. No gender politics here, you can handle yourself or you can't, it doesn't matter what type of underwear you have on (knickers are referenced !).

If there's a problem this episode, it is that Thompson goes through a complete mini-arc this week. The arc isn't the problem, but the speed that it happens is. He's not going to do a complete personality u-turn in an episode, but he goes a long way in a very short time.

But just to make sure that we have some future violence to look forward to there's Dottie. There's a fight building up, Dottie will be in the RED corner.

Or should that be the Scarlett (spelling is intentional) corner?