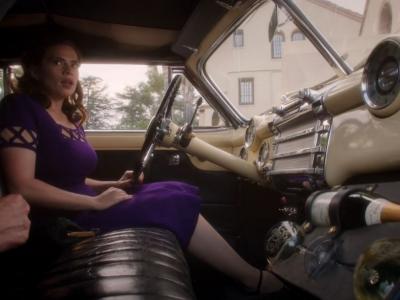 Ah, the sad life of the Hollywood scientist.

They tend to fall into two camps…

The first is the Evil scientist, hyper-efficient, thoroughly immoral, clutching for power and mastery over the elements, man, and God. He will eventually fall victim to a horrendously gruesome death at the hands of his own creations.

Then there is the Good scientist. The flawed genius, performing calculus before they were potty trained, the ugly social outcast, sporadically inspirational, unflappably moral, and prone to using the phrase…

The Good scientist will either triumph over Evil but lose his entire life's work, or make the noble sacrifice to make up for angering the fates.

For either case, the reality of the common man is a mystery, a thing to despise with contempt or marvel at these quirky non-brainy types.

Hollywood does not like sciency people, they are to be feared or laughed at.

Refreshingly, we have Dr Jason Wilkes, a man from humble beginnings in one of the poorer African-American suburbs of LA. He’s worked his way up through the only crappy jobs available for someone ‘of his kind’ as he puts it, to save for a degree. Then WWII intervenes and the Navy educate him to where he wants to be.

He’s intelligent, handsome, charming, one of the good guys, and he's wearing down Peggy’s emotional resolve. She's chasing the leads from the stolen frozen body from last week, he has info, but is reluctant to turn on the only employer who would give him a break. Alongside these qualities, he doesn't appear to be neurotic, damaged, infected with anything, has all of his limbs, and is also a man of action due to his Navy Training.

All in all a pretty good catch for Ms Carter.

Something horrible is going to happen to him isn't it...

Agent Carter however, is, as ever, all business. The dead body is missing, two agents have been assassinated, she wants to crack heads.

Dr Wilkes has evidence of what Isodyne is hiding. He is however being tracked by one of his colleagues. Now this individual doesn't say anything in this episode, he does lurk Evilly around corners, and Evilly moves slowly, as he Evilly stares from behind his clearly Evil glasses. I couldn't see any physical deformities, and there was no maniacal laughter, but the message is clear...this is definitely one of those ‘Hmmm, Let me use my experimental high power laser to determine if it can down military aircraft by firing at this box of kittens’ types. I wonder if he has an almost unintelligible Eastern European accent when he speaks.

Being investigated by the SSR, does not sit well with Isodyne chairman Calvin Chadwick, nor with the other members of the secret society that he belongs to. At an exclusive club, males only by the looks of things, a board of wealthy looking middle-aged white men declare that the Isodyne project is over, Calvin is to shut it down. Now these are SERIOUSLY EVIL types.

The big hints to this is that these men are corporate types,(always a level up from the Evil Scientist on the organisation chart of Doom), and…

Ray Wise is back!

There is simply no better credential for a sinister plot than to have Ray Wise in it.

We saw him briefly last year as the head of Roxxon Oil persecuting Stark, this time he’s being very understanding about the failure of Isodyne’s ‘ Zero Matter’ project. These things happen he says, we all learn from our mistakes. If I were you Calvin I wouldn't drink anything at the club for a few months…

Back with the good guys, and we have poor Daniel Sousa. You would think he would be happy. Well apart from the dead guys in his team that is. He has been made up to Chief, he has the respect of his men in a way he didn’t have in New York, he has the best field agent he could possibly want assisting him in his case, and he is in love with his soon to be intended, Violet.

By resurfacing back in Sousa’s life, Peggy has stirred up his old feelings. Those feelings are still strong, and he carries a very large torch indeed for Carter. This becomes evident when he thinks that she's in danger while trying to steal the ‘Zero Matter’.

There was a lot there this week, not just action, but romance, tragedy, racial tension, comedy, secret societies, links to last series.

In a lesser series this would be difficult to intertwine, not so here. It all hangs together beautifully, it is well paced and enjoyable.

‘Q’ branch must have been taking notes too, even Bond would have been impressed with Stark’s ‘Leisure car’. Stark's missions in the car are obviously a little less savoury though.

And the passenger seat moves too…