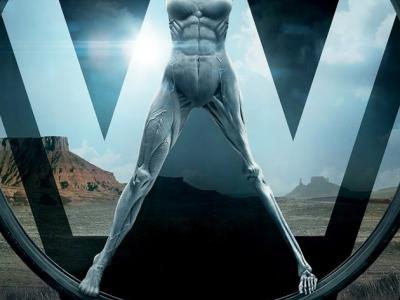 It will soon be gone.

With only a few episodes left, until the Game of Thrones is won (or lost maybe), HBO looks westward, hoping to capture the lightning again.

So we move to Earth in the future.

America to be precise, or rather a simulation of the old west.

The Game of Thrones comparison is not a coincidence. This show is being touted by the network as the next GOT, even the continuity announcer before the UK Sky Atlantic broadcast referred to it as such.

A lot is riding on this.

So hitch up your saddle and get ready to ride out onto the prairie on your synthetic horse.

For those that may not have seen the original, the 1973 film of the same name is a classic of science fiction, from an age when the genre was dominated by cold-war inspired moody post-apocalyptic dismal-fests.

One of the big draws (pun intended) was the casting of Yul Brynner as ‘The Gunslinger’, a cold and relentless terminator, years before the word was upgraded to start with a capital ‘T’.

The film robots are infected by a virus but continue to behave as they are programmed to, now with the safety features no longer working. Lazy, rich tourists become dead very quickly. As the numbers thin out the main protagonist finds himself hunted by the Gunslinger, and unable to easily distinguish between man and machine.

This was followed by a poor sequel,’Futureworld’ and an even poorer TV series ‘Beyond Westworld’, which was quickly cancelled.

So this is attempt three to bring Westworld back to the masses, and this time it is a superior product.

We begin with the title sequence, which juxtaposes western landscapes with hi-tech machinery busily constructing horses and humans. Printed robot fingers tap out the mournful theme music, then abruptly lift off the keys to show that the keyboard is actually a pianola, playing itself from a punched paper roller. This is a nice touch to show modern and ancient automata together. The pianola appears again later in the episode playing a grunge classic in a tinkly cowboy style. I hope this is a running gag, it put a broad smile on my face when I recognised the tune. There is also a re-imagined 60’s version of a Rolling Stones anthem.

Once we get under way with the narrative we get a sense of what the series is trying to do. There will be shocks, sex and violence, and much questioning of reality and morality (nudge,nudge,wink,wink, Game Of Thrones).

We’re are introduced to Dolores, who we immediately understand is a ‘host’. We see her first in one of her ‘dreams’ which is in fact a diagnostic analysis by Westworld technicians and security staff. We then flick to her theme park reality .

Soon she meets up with Teddy, who she seems to know, and we enter her ‘Loop’, being a pre-scripted storyline that happens every day with a set of predetermined characters that park visitors can observe or interact with (we see the Loop playing out a couple of times slightly differently over a couple of cycles).

Some of these loops are violent and tragic. Some involve romance between the hosts. As with the film, the guests can indulge in violence and sex as much as they can fit into their stay.

These behaviours raise a couple of key themes. What is this constant barrage of immorality doing to the hosts, and what is it doing to the guests?

There’s an early fleeting comment from a visitor that after his first stay he came back ‘...straight evil. Best two weeks of my life’. The implication being if there are no consequences to your behaviour, then there is no need for morality.

This is only a problem for the paying guests of course, for the attractions it's an endless repeating loop cycle of sex,violence, or both.

It's a good job they can't feel, or remember what happened the day before, eh? And what about the week, month, year, or decades before as well.

Yeah, if you started to recall all the bad stuff, and were advanced enough to be on the cusp of conscious thought and emotion you'd be a ticking time bomb wouldn't you?

So the roles are reversing.

The humans are losing their humanity and the robots are gaining theirs. Throughout the first episode this convergence makes it hard to tell human from non-human. Roles from the film are deliberately subverted to confuse and build tension.

(At this point I must inject a sentence as part of an agreement with another potential reviewer from ‘The Wonky Spanner’. I get to write the review for Westworld as long as I attribute the following sentence about Ed Harris to Jon Lee)...

He’s no Yul Brynner, but he is good.

And to be fair the sentence is correct in every way. This is not the same Gunslinger from the movie, this is a far more brutal and complex character. He’s going to be a major character in this. I won't spoil anything here, but the black clothes,hat, and the vicious nature of this character are both reminiscent of and a departure from 1973.

The nature of the narrative loops comes into play here, some hosts will ‘die’ regularly on screen. Some die every day. I am really going to have a hard time either not getting alcohol poisoning after turning this into a drinking game when the same character is shot to pieces every episode, or, I will be bludgeoned to death by my wife after going all ‘South Park’ and constantly resorting to ‘Oh My God, they've killed ….(insert name)’.

As with any theme park there is the public face and back-stage (or back-stagecoach?).

What I liked here is that this is not the old trope of this being a new park with unexpected problems from the off, we are in a mature (in many senses of the word) establishment.

We get our first main look at the Westworld staff when one of the hosts seizes up during a loop. The shouty English narrative Director, an up-tight corporate bitch, a stolid heroic security type, and the main technicians try to identify the source of the glitch.

This is not a happy band.

The Loop/script director is Mr Sizemore who shouts obscenities about his scripts being ruined. The corporate bitch is Operations Director Miss Cullen, who appears to be very on edge and ready to pull the plug on the hosts at the slightest provocation.

It is clear that there have been incidents with the hosts in the past, the last being around 30 years ago.

The current glitch is speculated to have been caused by Dr Ford (Anthony Hopkins), who appears to be in charge. Ford can't stop tinkering with the hosts programs. His chief technician is Bernard Lowe (Jeffrey Wright) tasked with letting his boss know that the off script adjustments have been causing problems.

There are layers of things going on here. Ford seems a bit too attached to his creations and making them more life-like, Bernard wants to keep everything running. Meanwhile Cullen and Sizemore clash, but acknowledge that the park is much more than it seems.

As more hosts start glitching, it becomes clear that the problem needs to be contained, so a whole heap of loops are adjusted to engineer a mass slaughter of the infected units, whilst entertaining the guests at the same time.

We wrap up the episode with Ford interrogating a glitched host. This is a gripping and intense scene, the unit behaves erratically and threateningly, and its’ resolution is clearly a setup for later.

So a fantastic start, dense and gripping, with a major cast.

There is a lot of ambiguity and misdirection here. Whenever there is tension you expect a host to go on a killing spree. Telling guests from hosts is impossible from looks alone, and as the behaviours start to overlap it is only going to get harder…

How many of the park staff are going to turn out not to be human is going to be a maddening puzzle. Especially as some of the personalities are already clichés (I mean how many times have we seen shouty obnoxious English directors in Hollywood productions, or the single career woman taking a hard-line to prove her worth).

Who is up to what ? Who is real? What is really going on? Is there a link to film ? Is there a Roman World or Medieval World as there was in the original? Why has the park chosen such a stupid way to deal with malfunctioning units? Is the program for a host analogous to human experience?

And the most important question of course…

What is the pianola going to play next????

If the quality of this keeps up as well as the first episode then this will be compulsory viewing.

I do have some nagging doubts about a couple of things, but I’m not going to voice them here as I think that I need a couple more episodes to see how they pan out.

So is this the new Westeros?

Uh oh, a man all in black has taken offence at that terrible pun.

He’s drawing his gun and…..

My vision is fading…

I’ll be back in the loop tomorrow...